The integration of women is one of the most significant changes labour markets have seen in the past century.[1] Still there are distinguishable gender representation gaps in specific types of employment and industries, particularly in leadership positions. Professional women networks and initiatives have been suggested as a means for women to share professional insights, skills, advice and experiences with the goal of fostering mutually supportive and empowering work environments.

In order to further illuminate this topic, the session “Empowered Women Empower Women – A Case for Professional Women Initiatives and Network Building” was hosted by WiE on 9 November in Berlin. This session was held as one of a series of workshops and discussions that feature in the breaking blades project by Antje Pohsegger in cooperation with the Menstrual Health Hub (MH Hub) and TERRE DES FEMMES e.V. Many of the events in the project dealt with preventing harm and discrimination against women as necessary preconditions to achieve gender equality in any societal sphere. The session “Empowered Women Empower Women” considered the relevance of mutual empowerment and support as complementary tools for achieving gender equality in particular in professional contexts.

The session began with a presentation from WiE Chair, Virginia Sondergeld, who gave an overview of the opportunities provided by professional women initiatives and networks that encourage mutual support, advocacy and empowerment. Virginia presented some scientific evidence on how women may benefit from a close network of other professional women contacts[2] and how to explain the phenomenon of women leaders distancing themselves from other women, commonly labeled as “queen-bee syndrome”.[3] 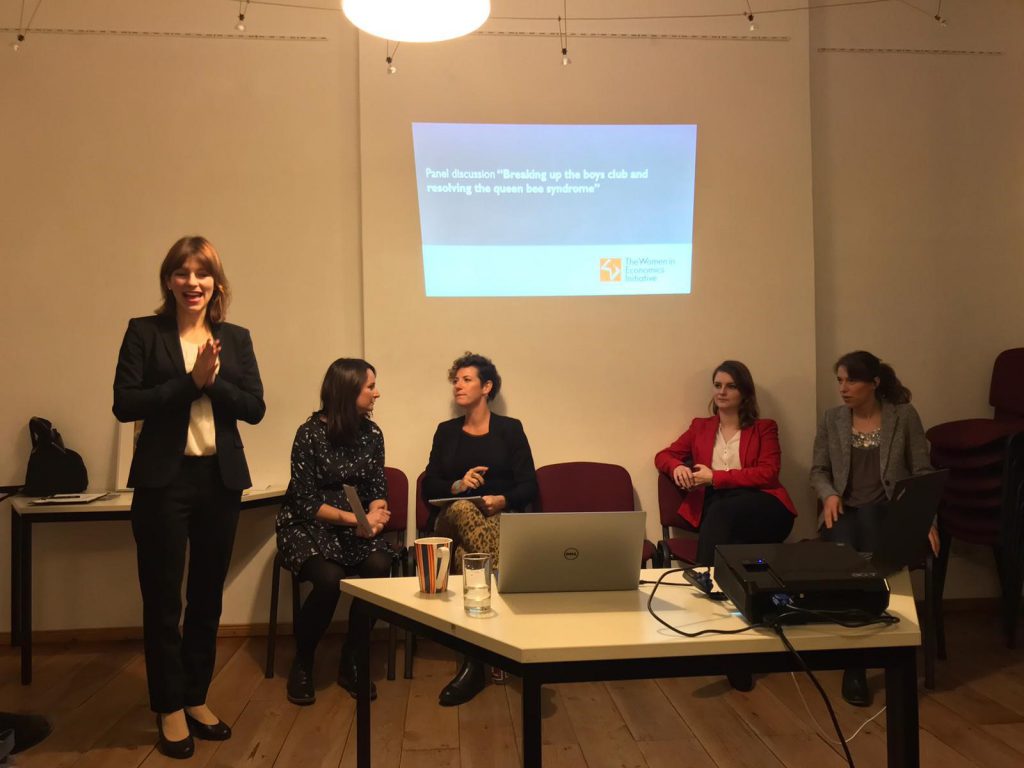 The institutionalisation of such initiatives aims to counteract discrimination in work and society, increase the diversity of decision-makers and raise awareness of the unconscious biases that all genders can hold. Further, they connect women on different levels of seniority, thus facilitating mentoring relationships. This is especially important in male dominated industries where young women often lack female role models within their own company.

Virginia’s presentation was followed by a panel discussion featuring representatives from a diverse range of organisations: 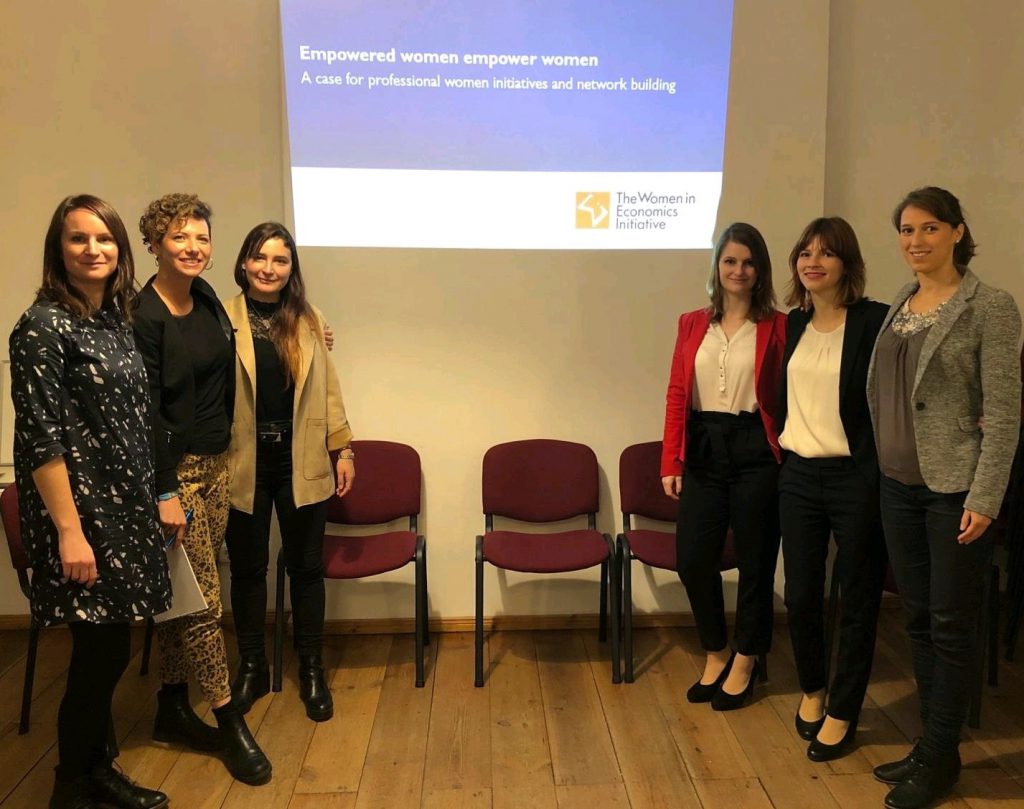 The two main issues that emerged from the panel discussions were whether or not high representation should be equated with equality of opportunity, and whether the “queen bee” characterisation of women’s behaviour is fair or rational in the first place.

With active participation from the audience, a broad consensus emerged that women networks and initiatives should have the primary goal of increasing transparent decision-making and actively improving representation. It was suggested that improved representation within workplaces can lead to changes in the notion of leadership itself, providing benefits not just for women but all marginalized peoples who may flourish with a diversity of leadership styles and viewpoints. Since society has been characterized by male leadership and masculine leadership characteristics, we have no counterfactual for the impacts of different leaders and leadership styles on workplace innovation, productivity and cooperation. Improving representation and diversity of leaders may provide a host of yet unknown benefits for workers, organisations and society.

A survey of the room concerning whether the queen bee syndrome is fact or myth provided mixed answers, but an overall agreement that the causes of this stereotype need to be explored. It was suggested that the label itself should not be used since competition and distancing behaviour among colleagues and within peer-groups are not exclusively women’s issues. Many participants stated however that they had experienced situations where women coworkers or bosses treated other women differently and had double standards. One participant even said that she noticed such behaviour from herself, in that she had different expectations of her male and female coworkers.

There was strong agreement between participants and panelists that such behaviour was not exclusive to women and that the “theory of social identity”, on which we can interpret the “queen-bee response” as a reaction to a perceived identity threats,[4] may explain this phenomenon for other marginalised groups as well. Panellists suggested that people from marginalised groups who do rise to positions of leadership may feel that since they worked hard and faced opposition to their career progression, others shouldn’t ‘have it easy’ either.

Resolving such issues can only occur through honest acknowledgement of our individual, organisational and societal biases, with professional women networks providing valuable spaces for communication, support and reflection.

Virginia and the team at WiE would like to sincerely thank all the panelists and participants for actively sharing their diverse perspectives, experiences and expertise. We look forward to many more events that explore the opportunities and challenges for women in economics and all other professional spheres.

The strive for diversity in economics reaches the university class room

Launch of The Women in Economics Initiative

Close Menu
Share this ArticleLike this article? Email it to a friend!
Email sent!