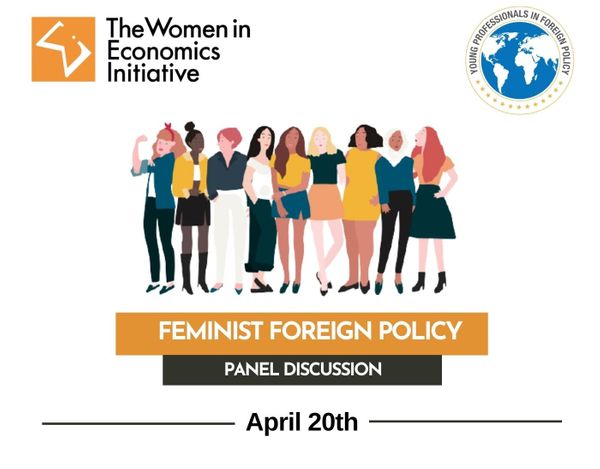 Women in Economics and YPFP are inviting to a panel discussion on feminist foreign policy. After a brief introduction, we will discuss how a gender equality perspective is being built into foreign policy and why it’s important for governments to continuously be attentive to gender issues in policy-making. Finally, we will turn our focus on the challenges ahead. We are joined by Janine Alm Ericson, State Secretary to the Minister for International Development in Sweden, one representative from the Mexican government, and one representative from the European Parliament.

Sweden announced its feminist foreign policy in 2014, which is defined as applying a systematic gender equality perspective throughout the whole foreign policy agenda. As opposed to having a gender-critical perspective as an after-thought, the framework consists of the so-called 4R’s: rights for girls and women, resources for gender equality work, equal representation of all genders, and ‘reality check’, or the research and facts decisions are built on. Since then, other countries including France, Canada, UK, Luxembourg, and Mexico have launched their feminist foreign policy initiatives or announced intentions to develop such measures. 7 years onwards from Sweden’s first step, we aim to discuss the following in this panel:
• What does feminist foreign policy entail, from framework to practice?
• How do different countries differ in their approach?
• How far have we come in mainstreaming gender issues in foreign policy?