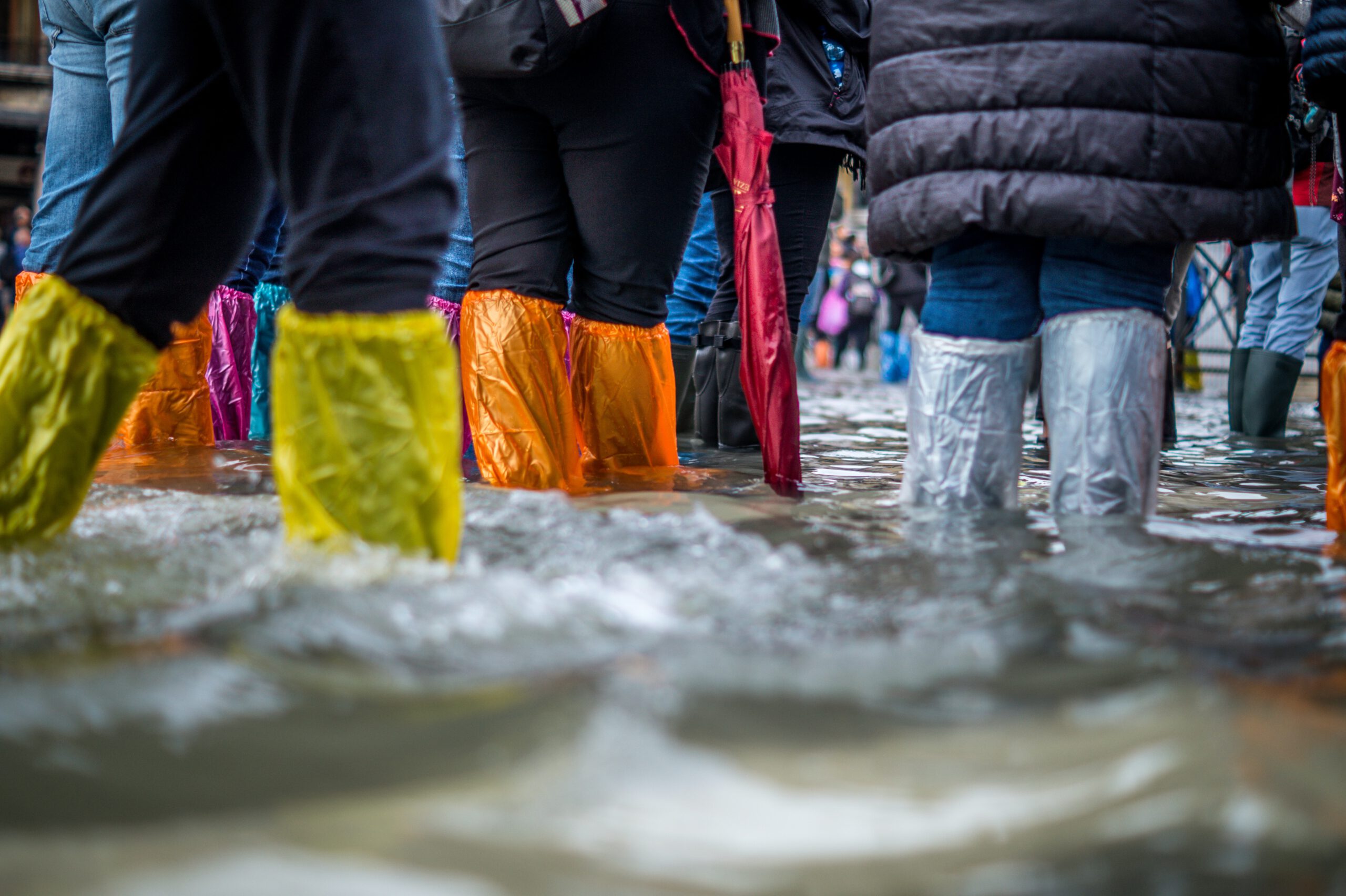 “Ecofeminism is an integral facet of the women’s movement because it addresses the severing of Women and Mother Nature, and the exploitation of both.” — Lissa Brown (Climate activist)

Climate change is a reality — threatening the existence of our only home —the earth. Research shows that women and men are differently impacted by a disaster, climate disaster is not an exception. In a developing country like Pakistan— where the voices of women are already dampened, additional challenge of climate disaster demands for a breakthrough in gender-sensitive policies. In order to address these challenges an effective response is needed with the focus on gender-sensitive indicators at all levels of post-disaster management and risk reduction strategies.

Earlier in July, Pakistan faced an annihilated riverine, flash and urban flooding in Sindh, southern Punjab, Khyber Pakhtunkhwa (KP) and Baluchistan. According to World Weather Attribution group increase in the 50 percent of record rains in Pakistan can be attributed to Climate change.1 The government of Pakistan National Disaster Management Authority (NDMA) estimated that the unprecedented rains have left “one-third of the country underwater, causing 33 million people effected. Loss in real terms are estimated at Pakistani Rupees 3.2 trillion (US Dollars 14.9 billion)2, however the irreplaceable loss of life, livelihoods, and peoples “Homes” cannot be accounted for. In the wake of this unprecedented catastrophe various repatriation and relief efforts by international and national organizations have been the ray of hope for all the flood effected people.

In a country like Pakistan a catastrophe of this scale would leave long term scars on the most vulnerable segments of the society i.e. children, women and the elderly, as they are more susceptible to risk during trying times. World Economic Forum’s Global Gender Gap Index report ranked Pakistan out of 146 countries as the “second worst country in the world in terms of gender parity”.3 Out of the many vulnerable situation women may face, the most difficult and fatal is that of child birth during an emergency, Pakistan’s unpreparedness to meet the needs of pregnant women was reflected in September when Pakistan’s Sindh provinces Health Minister reported that around 47,000 pregnant women were displaced in Sindh and were later moved to relief shelter camps set across Sindh province.4 United Nations Population Fund Agency (UNFPA) reported in late august that approximately 73,000 women that gave birth in September were in dire need of maternal medical aid in the flood effected districts across Pakistan.5 Some women reportedly delivered their new born even before they could reach safety shelter camps out in the open,6 exposing both mother and child, to increased risk of fatality. A crisis this large is extremely detrimental to women’s health in general, but in Pakistan where women are already malnourished this can quickly escalate to high mortality. As according to UNICEF report, 1 out of 7 (14 percent) women in Pakistan are undernourished and women in rural areas.7 This means that women in Pakistan are facing the double edged sword of disaster, first as they are a marginalized community and second they are malnourished. Pakistan needs to improve the gender related indicators along many verticals side by side to prepare better for the next climate disaster.

After a Climate disaster has unleashed, it is important to amalgamate Gender-sensitive responses and relief efforts in disaster management framework, as these are the main factors that contribute towards resilient recovery, this ensures the wellbeing of women in averse situations in a dignified manner. An International Rescue Committee assessment in Khyber Pakhtunkhwa (KP) and Sindh reported that women in flood effected areas had no or little access to menstrual hygiene products and facilities, putting them in a vulnerable situation. Due to prevalent patriarchal cultures in remote districts, it is a taboo to talk about menstrual related problems. A survey for WASH facilities indicated that, out of 100, 65 percent of women as well as girls had inadequate access to menstrual hygiene products.8 In the wake of floods another debate sparked in Pakistan as to whether the women in the flooded areas needed products such as “sanitary pads” etc. as the rural women are only accustomed to using “cloth”, this debate shed light on the need for training and education of rural women and community attitudes towards safe and clean solutions for menstrual hygiene.9 Sanitary and hygiene  tool kits were later disbursed after a campaign,  titled “Ayyam-e-Haiz” (days of menstruation), brought attention to the matter,  Ayyam-e-Haiz as of now has distributed 8000 sanitary kits to the flood affected areas and is seeking funding for more.10

Advocating for Gender equality during a calamity improves the disaster recovery framework responses which often have underlying “institutional gender biases” that are not reflected in the mainstream policies. The floods in Pakistan also called for an immediate attention towards the matter of endangering women welfare in the name of “honor” —a typical patriarchal dismantling of women’s rights.  It was reported in a local newspaper that the women of a remote village “Basti Ahmad Din”, in Punjab were made to “Stay at home” during the catastrophic flooding, the “home” in question were at this point under 8-10 feet of water, this meant women were confined to rooftops as their only options for solace. The local community of the village defended their stance, as “moving women to the shelter camps would mean they will have to interact with other men of the community and it would violate their honor”. 11 Pakistan needs to educate masses for ensuring and providing safety to women, this is an important step for Disaster Risk Reduction (DRR), understanding that women and minor girls residing in relief camps are susceptible to gender based violence (GBR).

Gender approach for vulnerability assessment goes beyond considering the biological factors that pose more risk for recovery in women, in a 2006 “Climate and Environmental Resilience in the Caribbean (EnGenDER) Project report said that in the 2006 flooding of Suriname, only 46 percent of male headed households were effected as compared to 54 percent of female headed households.12 Similarly, in Pakistan almost 7.2 million women working in agriculture sector (the highest women employing sector in Pakistan) were adversely effected in the 2010 floods. GENDER CGIAR,13 a gender impact platform, developed a “climate-gender-agriculture inequality hotspot index” that ranked Pakistan 1st out of 87 countries in Asia, this means that the Pakistani women as working in the agriculture sector as compared to other Asian women employed in agriculture sector elsewhere in Asia, are more disposed to climate induced inequality risk because of the cross cutting jeopardy of a) gender b) inequality and c) agriculture related employment (such as low yield of crop post flood and no crop/land ownership or insurance for women farmers).14

When a Disaster occurs it often times wipes away the entire lives and livelihoods of the effected people which leaves them without any means or money to meet their basic needs. One of the important disaster management strategies include that the effected people should have timely and effective access to credit for meeting the needs of themselves as well their dependents. In a country like Pakistan it is already difficult for women to have access to credit, women often times have difficulty opening a bank account if they cannot produce documents of head of the house, in this case usually a “Male” family member. Gender inequality in the remote villages also unravels the risk that befalls upon women for immediate recovery, as they already have low or no access to credit in such areas. If for instance a male head of the house dies amid disaster or a women is widowed she will have an increased difficulty to provide for the dependents due to this prevailing unbalanced situation of gender and access to credit. A demographic health survey (DHS)15 report indicated that out of 100 percent rural women, only 5.3 percent (in Punjab), 1.6 percent (in Sindh) and 0.9 percent women (in Baluchistan) had owned and used a bank account in 2018.16 There is a dire need for Pakistan to make a policy intervention in order to enhance its women’s ability to have effective and timely access to money and credit. Pakistan however has an excellent women targeted safety net known as, Benazir Income Support Program (BISP)17 This program is one of the country’s finest social protection instrument that has acted as a ray of hope in ensuring the cushioning of the most vulnerable segment of the society against economic uncertainty. BISP transfers cash unconditionally to the poor rural women across Pakistan, as of September BISP has disbursed 562 Million US Dollars in cash amongst the 980,445 flood affected families.18

Mainstreaming gender-sensitive policies is a cornerstone for resilient recovery, Pakistan has to cover a lot of ground in terms of building back and building stronger, while ensuring that restoration for livelihoods and economic opportunities are also women inclusive. Development of an enabling environment for working farmer women, increasing access to credit for enhanced women participation in the job market confined to small scale home owned businesses of rural women. The road to long-term sustainable recovery is only through “gender-balanced” frameworks.

Hudda Luni is an aspiring Urban Economist, currently pursuing her MPhil degree from the Applied Economics Research Center, University of Karachi. Her areas of interest include gender, micro and macroeconomics, climate, renewable energy, remote sensing data and applications in economics with the special focus on transport, development and regional connectivity.

WiE Gender Equality in the Workplace: a Look at the Effectiveness of Quotas