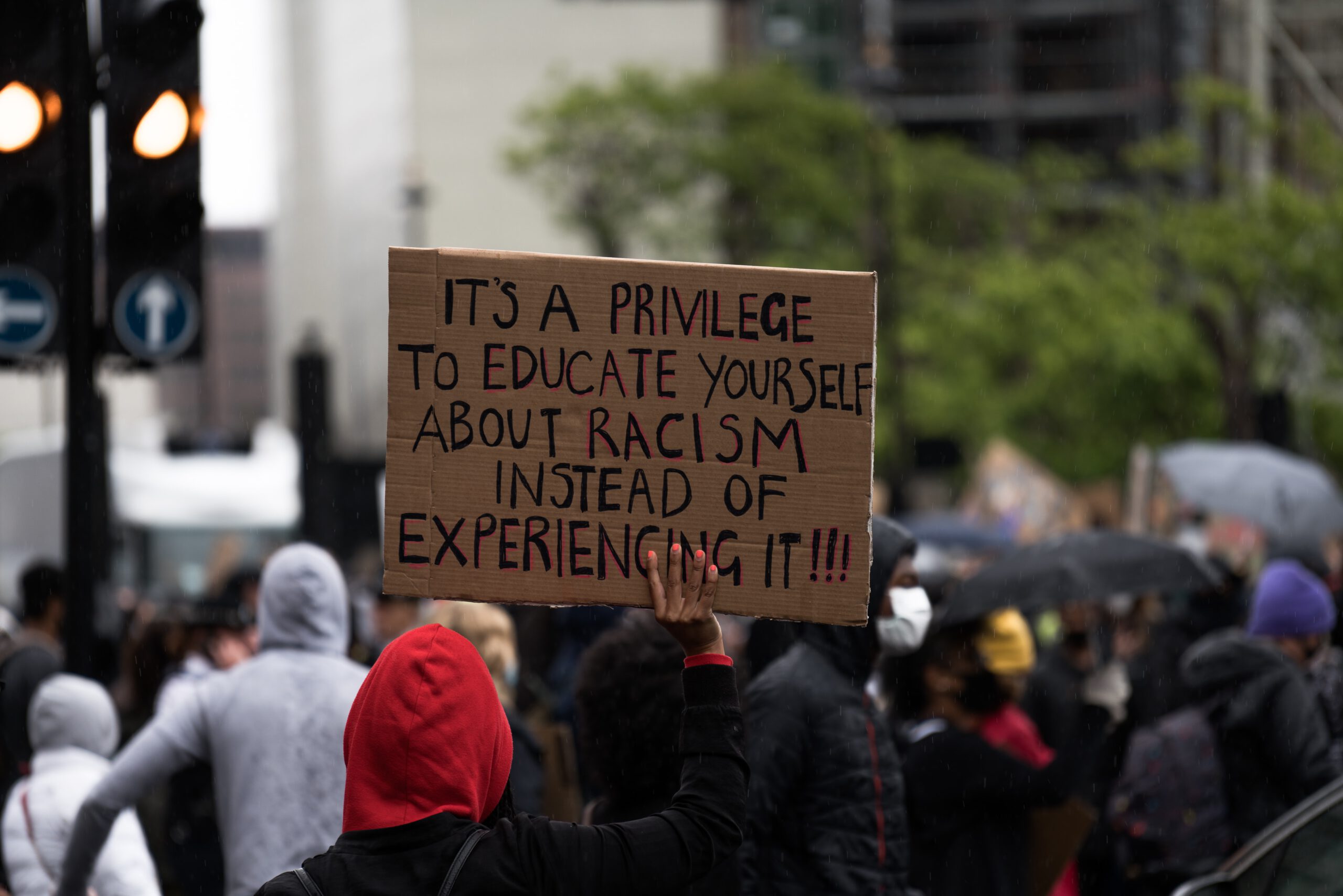 We recently shared An Open Letter to Economic Institutions In The Face of #BlackLivesMatter by The Sadie Collective because we felt that to remain silent and distanced from the subject entirely would inaccurately represent who we are and what we want to achieve. We want to support and amplify Black voices, but if we really are interested in transforming unjust occupational and academic spaces, we need to be more open to uncomfortable discussions and honest self-reflection.

Admitting our own privilege in being able to avoid these conversations is only the precursor to having honest and open dialogue about discrimination. Paraphrasing Rachel Cargle; we’re not allies until we’re we start willingly engaging in some uncomfortable conversations that aren’t for our own benefit. If we aren’t prepared to confront our own insulated thinking and implicit biases, how can we ever expect men to?

Issues of racial injustice and discrimination are at the forefront of our collective consciousness in this moment only because communities of colour are mobilising against it and gaining more international media attention than ever before. The issue itself is neither new nor unfamiliar to these communities. Distressing video footage and heartbreaking stories may have shaken many people’s conceptions of what we thought were fair democratic societies, people of colour, disabled and LGBTQI people have long known this to be a façade.

Some might say that as a predominantly Europe-based, economic-centred organisation, we have no place or need to comment on political circumstances in North America. Especially prevalent in the era of globalisation, social norms and practices do not occur within isolated bubbles, but are connected and evolve across time and space.

The influence of US academia in the field of economics internationally cannot be understated. European academia itself is far from immune from issues of discrimination. The myth of European colour-blindness entirely overlooks continuing injustices in the United Kingdom, France, Germany and across Europe. This is not only a dangerously privileged and ignorant position to take, it also discounts the enormous human rights violations that have been systematised in the United States.

Casting a critical eye on, and actively challenging, discrimination and inequality in our field is what the Women in Economics Initiative was established to do. Failing to actively account for the experiences all women and other discriminated peoples for our own convenience weakens our entire aim. We aren’t addressing inequality if we’re only seeking to help women who look like us and come from similar backgrounds as we do, we’re just passing the burden on to someone else.

As Prof. Dr. Angela Davis said, inclusion and diversity in a racist, misogynist and hetero-patriarchal system that values profit over people is not a just or worthy feminism. If our feminism is only looking to “break the glass ceiling” we are not challenging power imbalances, we’re perpetuating them and only asking that some women be included in the highest levels of the existing hierarchy. When we demand an end to gender discrimination and inequality of representation in economics, we need to recognise that such discrimination is intersectional and thus our feminism must be as well.

We started this organisation to challenge existing assumptions about who is allowed and encouraged to learn, practice, and develop economics. We have only just started, and we have a long way to go and a lot to learn along the way. This goal however does not, and cannot, end with the simple acceptance of some women into socially, politically and ecologically destructive economic fora.

This article is by no means a sufficiently confrontational discussion of the deeply ingrained social and professional injustices within economic and broader societal spaces. This article is just to say that we recognise that these discussions need to take place, that we don’t want to shy away from having them, and that we need to do more.

So let’s get to work.

The views expressed in WiE opinion pieces are those of the author and do not necessarily reflect the official position of the organisation, its partners, other members, or any other affiliated people and organisations. As ever-learning, critical-thinking people, these opinions are subject to revision and adjustment at any time. WiE welcome constructive feedback in the comments section below, and reserve the right to delete any comment deemed inappropriate, rude, irrelevant or abusive.