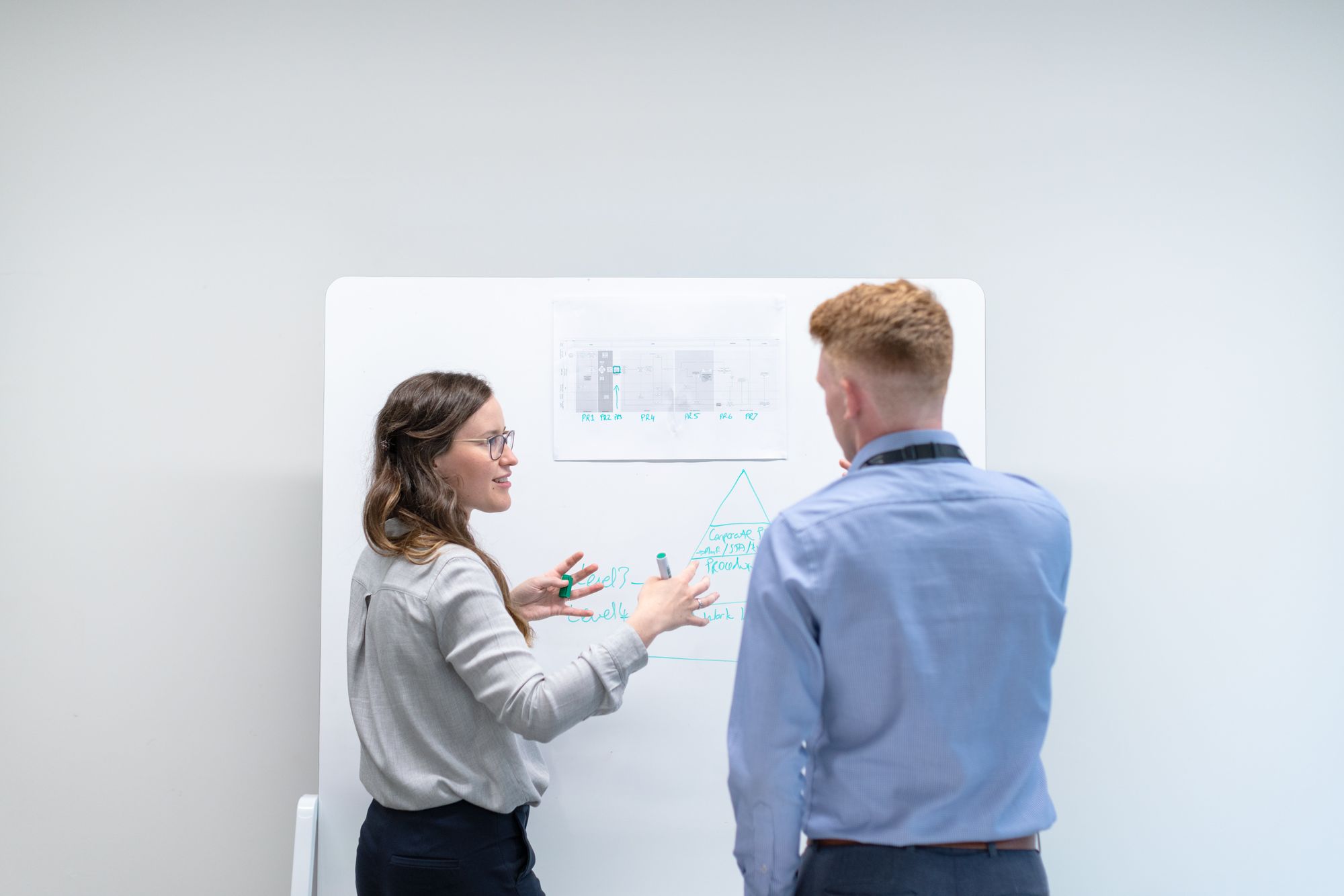 We start this article with a task to the reader: Close your eyes and picture an economist.

Got someone in mind? Think of one.

What or who did you see before your inner eye? How old are they? Where do they work? Where are they from? What is the colour of their skin?

Whether you pictured someone specific or just had a generic picture of a person that “looks like an economist” in mind, did you picture a white man? This is not surprising since the average economist is still more likely to be a man. Women are underrepresented in economics professions across the public sector, private sector and academia, as documented by the Women in Economics Index. The economics profession holds a heavy gender imbalance and often if there is a woman economist entering the stage it is not uncommon that her gender is made a defining trait of her person. This bothers me. On the one hand I am convinced that not every action must entail the emphasis on my gender. Sometimes it is better to not put so much weight on my gender to normalise the fact that economists are women as much as they are men or non-binary. But on the other hand, to reach gender parity in economics, I apparently need to be visible as a woman.

I am an economist, I am interested in political economy and macroeconomics and I am a woman, but I often ask myself how much should the latter part have to do with the first?

I want my interests, abilities, and achievements to stand for themselves and not have my gender be a defining point of my career. I am in great company with this point of view. Angela Merkel, the former German chancellor of 16 years, herself struggled for the longest time to call herself a feminist. This threw many people off since, as the first female chancellor of Germany and one of the most powerful woman in the world, she embodied the epitome of female empowerment, yet she argued that she herself has not fought the fight others fought for female empowerment and hence she shied away from giving herself a title that in her opinion she did not do much for 1. Merkel only recently started to emphasize the significance of being the first woman to hold her position. However, she did not make it a defining trait of her chancellorship, compared to US Vice President Kamala Harris. During  her first speech on election night, Harris stated “But while I may be the first woman in this office, I will not be the last.” Though I am not shy of calling myself a feminist 2 I often find myself torn between the positions of Angela Merkel and Kamala Harris. Do I really want my gender to be a defining point of my career?

Growing up I don’t recall my gender being a defining characteristic of my personality. As the older sibling and the second oldest among the cousins, I was often given the role of the leader of the group. I loved mathematics and ballet. I loved working with a sewing machine as well as figuring out all the details of a steam machine and setting up the electricity grid of a model train. My parents very rarely referred to my gender as the reason for a certain rule I had to follow and hence being a girl was just another characteristic of many but not something that defined me or set me apart.

As a woman studying economics, I often find myself in the middle of discussions on gender equality. That is on the one hand because for economists and the economy, gender equality is a very relevant topic with respect to labour markets or economic growth. On the other hand, as a woman in economics, I am myself part of a field that is highly gendered imbalanced and where women are notoriously underrepresented.

Human thinking is characterised by thinking in categories and that includes categorising certain behaviours, jobs, and clothing by gender. We all do it, none of us are immune to this thought pattern. And while it is normal for our brains to be wired like this, it is negatively affecting all of us who go against the (old) norm, or what is perceived as such by a dominating majority. Those categories are affecting whichever group is viewed as the outsider of the category, hence it may affect men, women, and individuals defining as non-binary or also people of different ethnic backgrounds since certain behaviours and professions are attributed to certain looks and ethnicities simply by the social default that our society created. Many of us experience conversations on gender equality as divisive and heated. It gets frustrating to fight a constant fight for inclusion and equality when all it seems to do is divide people. On the one hand, some cannot see how much unconscious negative bias women face in male dominated fields such as economics, and on the other hand, some fail to acknowledge that social change rarely happens overnight and needs patience by those fighting for it. The social constructs we internalized will not change overnight.

And this is exactly why, though I may not like it at times, we all have to be visible as women in economics. In order to change social perceptions of what an economist, a Chancellor, or a Vice President looks like we all have to be visible as women holding these positions. Only by being visible and showing that a woman in economics, politics, or STEM is not an exception but that there are in fact many of us, we can change our brains’ default of thinking of an economist, politician, or physicist as a man 3. It really is all about seeing the gender (im)balance.

The views expressed in WiE opinion pieces are those of the authors and do not necessarily reflect the opinion of the organisation, its partners, other members, or any other affiliated people and organisations. As ever-learning, critical-thinking people, these opinions are subject to revision and adjustment at any time. WiE welcome constructive feedback in the comments section below and reserve the right to delete any comment deemed inappropriate, rude, irrelevant, or abusive. All posts are for informative purposes only and, while they are accurate and authentic to the best of our knowledge, WiE accepts no liability for any errors or missing information. 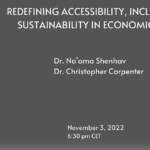